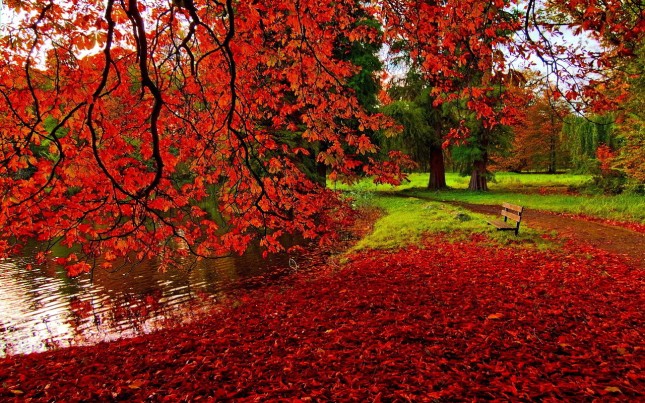 Dear Rachel,
Legend has it, I out-strategized you on that storied evening at Lincoln Elementary School.
It was Autumn.
I outlasted you and the cadre of other doe-eyed, leery, anxious competitors on that varnished-wood stage for what was my first and only spelling bee.
Funny, each day of the three-and-a-half decades since that seminal event I could recite the winning word letter for joy-filled letter—I could have sung it to you yesterday even, I remembered it so vividly. Today, I swear, it eludes me.
I out-strategized you, Rachel. Not unlike how Barack hoodwinked Hillary for an improbable win in ’08. Dueled you did I, word for word, breath for breath, after the others faltered and fell away one by one with each noun, verb and adjective verbally tossed from the moderator’s precise tongue.
By some stroke of fortune or act of a merciful angel, you and I had weathered each tension-mounting round of miracle marathon mile of a grammar contest neither of us had an idea we’d carry. But the intellectual cream had risen, the sweet goodness of whirling dervish that the discriminate taster craves. That’s the legend.
I was determined not to runner-up it. I’ve never liked coming in second place. Why? Let me tell you:
The second-placer is the first to lose. The initial loser.
I may as well have been the first misspeller. It swallows easier. Feel?
Hillary is determined not to runner-up again. Would you agree? I like her chances.
But that’s the legend. Sure, that sequence of events occurred on that cool, crisp, autumn evening on that creaky, grand stage on the campus of Abraham Lincoln Elementary School. But the truth, as then, remains: Of the last two contestants standing before the sea of families at the final bell, you were the smarter.
There’s a second truth.
My mother needed a win. My exquisitely beautiful, generous, compassionate, selfless, life-burdened mother deserved a serendipitous lift in that moment to take as a source of rare pride.
We were a lost tribe, my family. The four of us were a bewildered Canadian tribe lost in the hinterlandic wilderness of the far West. Anchorless, sundial-less, rudderless in the unforgiving social and economic storm currents of western North America.
Having missed countless meals so that her cubs would not, my mother, having lost her own parents at 15, fought courageously to caretake, protect, educate and love her own with a soldier’s valor, a lioness’s heart, a constant fear of the unknown—and silent prayer.
Never an asker of anything, my mother’s a giver. She deserved a win on that night. Just a sign, unasked of course, that her mothering wasn’t in vain.
You provided that, Rachel. Yes, I stood last. I was awarded the plaque. But it wasn’t about me. A victory doesn’t belong to the victor; rather, to the unheralded people who made it even possible.
Hands down, you’re the smarter of the two of us. I gladly concede.
If I recall—can you believe it?—it was on a Friday, the bee. We actually pampered my mother on a Friday.
And it is on this day that I honor you, Rachel Nyback. I haven’t forgotten.
Happy Pamper-Her-Friday, my friend.
You are forever a winner.
Tendermost thoughts,
Rg2
__________________
***
Pamper the woman . . . and forever live in her Autumn. -Rg2
© 2016 Pamper-Her-Friday by Rg2®

It was an autumn ago that fleeting hug.

I figured you had other importances going on in your life that demanded your full consideration. I’ve never been one to exert my presence upon anyone. The one true joy in human relations is being in the company of someone you genuinely enjoy.

Space is sometimes the greatest elixir for life’s challenges. That I gave you, graciously.

I think of you fondly still.

Do you see what’s going on around the country? It’s as if we’re decaying from within.

Autumn is a revealer. It won’t lie to you . . . unlike so many others.

You’re even more lovely than before.

Autumn wears well on you, Ashley.

Tender is the memory.

Blessings to you,
Rg2 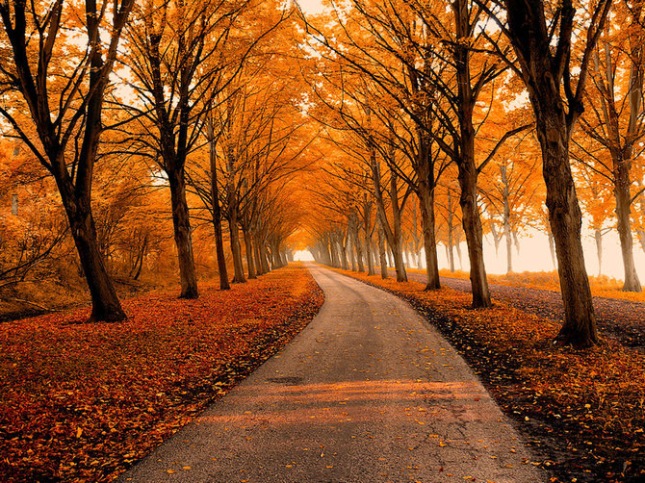 It lacked any semblance of harshness or bitterness, her leaving. For that I’m grateful. Because should it be that we never see one another again, remorse won’t find its way into my heart—for my world was made better by her having graced it, Father.

I don’t know with any surety whether I lost a lover. Likewise, I haven’t a clue if I’ve lost a dear friend.

What I am certain of, Father, is we, both she and I, lost autumn. I’ve lost Khrista at the introduction of the falling of autumn leaves.

Nevermind the shared dinner on a plush throw by a refuse-to-die autumn fire—that wasn’t. And won’t be.

A man can’t miss what he hasn’t experienced.

Nevermind that I won’t revel in the chance to coil the handstitched scarf around her neck just a bit more snugly to safeguard her from the elements. Or that I won’t have the opportunity to present to her shoulders the distinctive shawl I saw in the change-of-season window on my walk to the bakery.

Perhaps neither of those small but emotional events would have meant much to her, for it was my instinct that concluded the woman has both accepted and turned away a number of overtures from mesmerized men along her romance journey.

My putting my hand out to her may well have been simply another among the rigmarole of courting prospects.

But I know, I just feel, Father, to the marrow of my bones that she felt something for me unlike the others.

It’s still there methinks. It won’t dissipate methinks. I just wonder what it truly is she thinks.

That walk, hand in hand, down the antiquated, widely paved, postcard-worthy tree-lined street on the outskirts of town . . . is what I most looked forward to.

And then to escort her to the Apple store for a new iPhone 7 plus—my treat. Not because she couldn’t purchase her own. She probably could buy several. But to then present the certificate of Apple shares that are far more meaningful than the device.

Buffet finally bought in. And he told me to as well—both for myself and the girl I care about most.

I lost her. We lost autumn.

I believe in autumn.

“The Courage to Say Goodbye Summer”

Say we haven’t arrived at the season’s passage. One of us has to summon the courage to say goodbye.

The burden’s on you.

Somehow a stubborn refusal has overtaken my internals. And it offers no rationale for intercepting what we both know must be—a mature farewell.

When summer arrived, I barely knew your name. Why did your soul speak with such resonant volume? Yesterday I hardly memorized your name, woman.

Today you inhabit the beginnings and the ends of my natural mind.

A man is foolish to allow himself the intoxication of a woman. There is no sanity in falling in love, especially for a man who prides himself in the control of his sensibilities both without and within.

A man has no business allowing himself to fall for a woman. Only a fool indulges such a vulnerability, no? His wisdom, his logic, humph, his impenetrable player’s swag, his a-man-CAN-be-an-island unspoken mantra disallows him to even entertain the notion of caring about a woman.

I got that memo. As have countless others of my by-the-code brethren.

But of all the rules, all the articles of self-preservation, all the cautionary clauses codified in the document, none mentioned a woman like you.

Did I get the wrong addendum? Was it a misprint as a cruel joke?

Alas, the joke’s on me—summer. I’m laughing at myself as I write this. Insincerely I laugh.

A child of God will, must, one day reckon with the spiritual realm of his existence. Regardless of what “man” has written in self-help books, how-to-navigate-love guides, and dating-rules pamphlets, a woman is or will become part of that realm at some point.

You entered mine this summer.

But the season has reached passage. Our summer’s romance was its gift of a magic carpet ride like none I’ve experienced. Ever.

But, let’s face it, one of us has to summon the courage to say goodbye.

The burden’s absolutely yours.

I tore up and burned to ashes that memo. My courage compelled me to.

In case the burden for you is simply too much, just in case courage has evaded you as summer ends . . .

. . . Autumn is an even more beautiful season. It happens to be my favorite.

If you’re amenable, I’m yours.

Close your eyes, woman, give yourself to the water
If I have to repeat myself, I’m leaving—pronto,
I have no interest in role playing this evening
You’re void of control tonight—I’m the head honcho

Lights off; candles on, the steam’s increasingly dense
Summer heat seeps as the humidity becomes thick,
A thermostat adjustment at your request I’ll oblige
And a chocolatini refresher? I’ll make it quick

A creamy drizzle carousels the lip of each glass
Continuing the sweet seepage along the tender arms,
I’m your official dessert taster, absolutely no waster
Don’t fret if I happen to set off body alarms

Such as those strategically located near the ribs
And the couple hot spots astride the lower spine,
The cartilage comprising each earlobe is vulnerable
You quiver as I lip-tinker your neck…a telltale sign?

You’re not much of a fighter against this gentle biter
Good, there’s no point in feigning resistance,
Ease up, now rest your bottom on my hand like so
Now ride the buoy, body ahoy! yes, my insistence

Drunk in love, all night, I’m keeping the suds above
the rim of the tub like a blanket covering your silhouette,
So that my hands disappear into the ivory morass
in search of treasures so valuable when moist and wet

A kneecap sighting, my, are they scrumptiously inviting
A choco-drizzle in circle formation I’ll gladly trace,
Sampling the sweetness at 90-degree angles
Evidence of naughty indulgence pasted on my face

You like? I like; thank goodness you possess two
Perhaps I can make the other one jealous with attention,
Float on, my lady, as the tide rolls along just maybe
You’ll erupt from the motion, oh, did I fail to mention

Bubbles may surface to perform a topside dance
Funny they appear in tandem with your exhalations,
Easy, let’s not cause a tidal wave of suds overboard
Unless you’re sending ready-for-more intimations

At your leisure, your discretion, I serve at your pleasure
If you’re ready for landfall, then anchors aweigh,
My pamper-her bag contains a host of other surprises
As we continue Part 2 of this Pamper-Her-Friday.