Pamper-Her-Friday by Rg2® 172: The Mastectomy Affair: A Love Letter

I wouldn’t call it mixed emotions my heart dissonance over your decision.

As much as I didn’t consider it ‘our’ decision, I appreciate your concern for my feelings. No, let’s call it what it really was: Your fear.

Losing your breasts you somehow juxtaposed to losing me; the precision cutting and removal of such an intimate part of your anatomy somehow translated to the cutting away of me from our union–as if our romance is so fragile.

Come, stand in the mirror while I shadow you. It’s OK, babygirl, my tenderness hasn’t abandoned my hands, my intentions, our union. Come on now, hold your head up and face the mirror; there, the mirror’s not going to criticize. Train your eyes squarely into the looking glass.

And watch my hands. Your shoulders are majestic–no need for the straps. Easy. The fabric will fall away from your upper arms with an elegance befitting a princess.

No, don’t eyefall. I need your gaze in the reflector. There, I’ll hold you a little tighter so the insecurity, what remains of it, washes away into never-again-land.

Shhh, it’s quite alright. Easy now, I want to read your skin braille; there, your lower neck is so warm. I’m reading, each finger of this heart of mine, these hands of mine want to read further the nervous skin script bared by the cleavage’s remnant.

It’s OK, Love. I want to touch you there, I want to braille surface read what once was there, mid-chest, tender against my palms, gently I press and I can feel your pulse. Your life pulse.

Does that hurt? Of course not. I know no other way than tenderness.

But I’m not. And neither will our romance.

Can I touch you there? Everywhere? Like a man even more in love?

Men can get breast cancer too, you know. Who knows if or when my time may come. I’ll need your touch as well.

Now look, there, in the mirror. What do you see, princess?

On Pamper-Her-Friday. And ever after.

Till death do us part,
Rg2

Pamper the woman and forever live in her soul. -Rg2 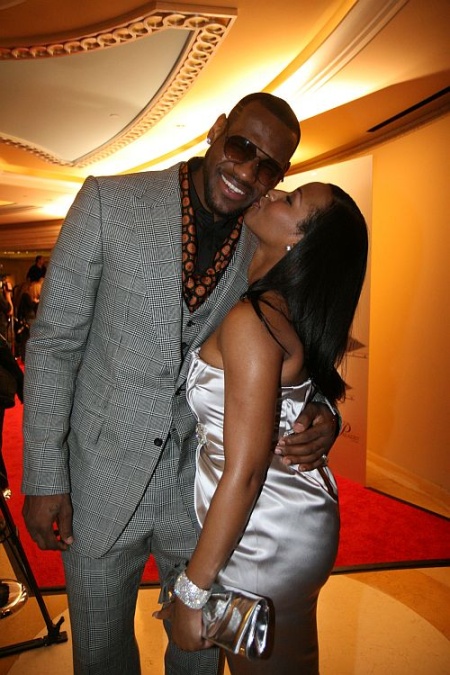 I saw a man last night, a gifted, humble, generous, down-to-earth special human being last night. In awe I was. But then, not really.

Because he’s always been what he was, what he is, and what he’s yet to be. It’s easy to dismiss athletes as superhuman freaks of nature or physically blessed beyond measure or simply as ones abnormally gifted with a ball of some sort.

Most would say our priorities are in the wrong place in this day and age: worshipping and idolizing an anomalous runner, leaper, dunker, shooter or can-you-believe-what-he-just-did game changer.

And they’re right, I guess.

Teachers are more noble, no? Doctors are more revered, right? Computer code writers deserve more admiration, say? Business titans are the ones to emulate, eh? Even the presidency of the United States should be the highest aspiration, yes? Sure enough, they deserve our reverence.

But what if the athlete is honest, hard-working, a shrewd businessman, takes more joy in elevating his teammates than elevating himself, especially in the ‘heat’ of battle?

What if he truly loves his woman and, even more, his boys, his family as a unit? What if Earvin Magic Johnson–the ultimate giver and humanist–says this particular athlete wins and will continue to win because his heart, like his game, is selfless?

Is it permissible to root for him when two-thirds of the country–hell, maybe even the world–roots against him–and don’t even know why they do?

No, he’s not a doctor or teacher or Nobel Prize winner. He’s not a curer of a life-threatening disease (unless joy watching him play can be so classified) or social-media innovator or inventor. No, he’s not any of those noble callings.

But he’s an influencer; I swear, you can learn a great deal about life if you study his game, and, better yet, his humanity.

I saw a man last night. A special individual. Someone who quietly yet monumentally quelled his critics and naysayers and substanceless dislikers.

I saw a pretty special human being last night take a further step in his blessed evolution. He immediately went over to congratulate and hug his on-court adversaries after the victory. Class can’t be taught, my grandfather once told me. “It’s either in you or it’s not,” the old sage said.

I saw class last night, babygirl. It was breathtaking. But then it wasn’t. Because that’s who he was, is, and always will be.

In some strange way, I felt as if I had too.

Let’s go for dinner tonight, sweetheart, and talk about the beauty of the human spirit. I wanna share what I saw last night, what I felt last night. And then we’ll pass it on to everyone we meet thereafter.

Let’s celebrate like LeBron and Savannah. In our own little way.

What do you say, Love? It’s Pamper-Her-Friday.

Pamper-Her-Friday by Rg2® 170: What Happened to the Banana Split Date?

“Women are not the sensitive sex. Men are the true romanticists.” -Cary Grant

They laughed at me. Mocked and ridiculed me–for a moment at least.

My former college buddies–all now either married or relationshipped–made me the butt of the collective joke recently when I mentioned my ideal date.

Not since the late ’90s had we gotten together for a man-tribe reunion of sorts. It was great seeing everybody–the laughter nonstop.

Of course the conversation eventually turned to women: What keeps them interested; How to keep the candle kindled; Why they take good men for granted once corralled . . . and other questions and mysteries.

I remained church-mouse quiet during this phase of the multilogue. At one time I felt I knew at least some of the answers. But time has taught me otherwise. You never truly know a woman . . . .

Just when you think you may, she metamorphoses. That’s not blanket or generalized, no. And it’s not necessarily intentional on your part. It’s just that . . . satisfaction is elusive. Seems to be.

I said to the group, “When she gets into your car and if she settles into the passenger seat, releases all vestiges of on-guardness in her body language, turns to you with no words but rather the eye language that says, ‘Take me wherever you want, I trust you,’ . . . well, something special has occurred. Yours is the only passenger seat that matters. Regardless of the make and model of the vehicle.”

The tribe became deathly quiet. I’m no oracle, no. I just shared my observation. And then–this is where I lost them to the funny, the “Man, please!”–I shared my ideal date, regardless of time.

“Whatever happened to the banana split?” I posed. After a round of mocking laughter, someone said, “I know you don’t mean a date? Take her out for an ice cream?! Man, please!” Full-throated belly laughs everywhere.

Until our server, who happened to be within earshot of our conversation while bringing over the dinner check, said, “I think that’s so sweet, a banana split date. I wish my guy would agree to something like that.”

Deathly quiet, our table. I was smiling like a schoolboy who’d finally beaten up the campus bully after being fed up with having his lunch money taken daily.

He said since he’s implemented the promotion, sales volume has increased by 40%. The bananas are hardly able to turn deep yellow because of the turnover.

So, what do you say? The banana split is back. We’ll call it a comeback. And you’re the only woman I’ll allow to double-dip.

The cherry on top? Yours. Why?

Romance: Call it a comeback! -Rg2

It’s Pamper-Her-Friday. I want you to do the following; listen carefully.

There’s a new locavore (locally sourced) organic edibles store recently opened on West Orchard and Main Ave. I approached the owner, a warm, personable woman with a lovely entrepreneurial spirit, with a proposition: If she’d incorporate a Pamper-Her-Friday theme into her marketing, I’d all but guarantee a bump in store traffic.

I expected her to brush me off as another empty salesman. But I noticed an inquisitive glimmer in her eye at my mention of the PHF concept. She wanted to know more.

I said, “When’s the last time you were pampered?” She smiled nervously but had no ready answer. I continued, “You believe in good health, don’t you? Isn’t that why you sell pesticide-, insecticide-, and herbicide-free organic produce? You want to promote good health for your patrons, without contributing to the cancer epidemic, or what seems like one, right?”

She couldn’t say no.

She sells a variety of produce separately but also baskets for the occasion-givers. I asked, “What about picnic baskets . . . with spring water/bottled wine and a set of stems as part of the bundle?” A ‘throwback’ idea on my part, but one that is salivating to make a comeback in 2013 because people are realizing more and more the true gift of life and love is ‘simplicity’ after all.

She said I was persuasive but she’d have to think about it. I told her there’d be no expense to her bottom line, not one dollar. I left her feeling ‘pampered,’ in hopes she’d pay it forward.

She called me back the very next day with a “Why not?”

And guess what? You’re one of the designees. All you’ve got to do to claim your gift is ‘like’ the Pamper-Her-Friday page on facebook. Yes, that simple.

But listen: Don’t go mentioning this to your friend network. As much as a business would love its marketing efforts to go viral or reach critical mass, Pamper-Her-Friday holds a certain mystique that’s not conducive to mass appeal.

After all, you’re not one of the masses, woman, you’re among a special, precious few for whom pampering is a deserved undertaking.

Lastly, what’re you gonna do with the basket? Share maybe? I know a guy who’d love some organic fruits and veggies, and not just for the fabulous health benefits.

But for your company as well. Perhaps under a huge oak tree with a convenient talk-with-her blanket just waiting to be unfurled. And a jealous sunset in the distance.

Who is he? Well, let’s just say he’s certainly no ’empty salesman.’

See you this afternoon, Love.

The Art of a Summer’s Romance. -Rg2