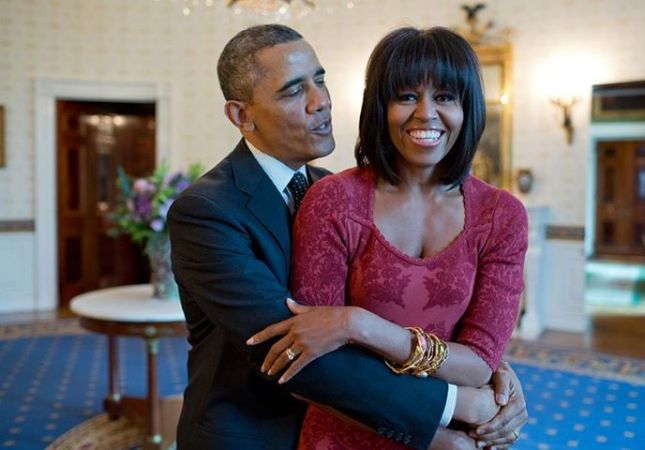 His father was a highly educated, respected African government official . . . who abandoned his son at a vulnerable age he needed him most.

Her father was a high school-educated pump operator at the city water plant in Chicago . . . who pampered not only her but his entire family by faithfully trudging to work daily–despite battling multiple sclerosis from a young man. He went on to raise two Princeton University graduates.

When he met her, he felt whole, like he belonged to something special, like he’d finally found that “thing” that had been missing, sorely absent from his life ever since toddlerhood.

She saw something valuable in him. He felt a lifeline in her–vowing to one day be the father he never had, the husband his mother deserved but was never given.

And through it all, romance still finds a way.

How do they do it?

Lady Michelle: “Pamper-Her-Friday. I feed Barack the writings, the meaning, the sentiment so that he’s reminded of our beginning, our journey, our forever.”

Mr. President: “Thanks a lot, Roy [a hint of presidential sarcasm in his voice; we both laugh]. You just had to go and start a romance revolution all over the country, the world for that matter.”

Rg2: “How about a new cabinet division, Mr. President: Secretary of Romance?”

(The room bursts in laughter.)

Mr. President: “Congratulations on your 200th Pamper-Her-Friday publication, Roy. Well done, my friend. We look forward to the next 200.”