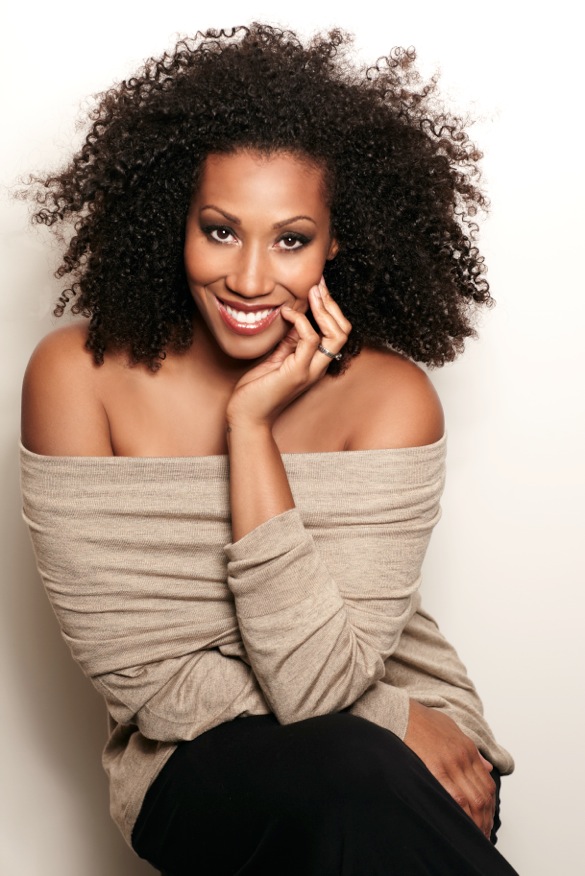 When “Jimmy Jam” Harris and Terry Lewis offered her a deal on their Flyte Tyme Records label at the tender age of 19 back in 2000, Rissi Palmer respectfully declined the proposal. The legendary Minnesota hits-making duo salivated over the ingénue’s throaty, butter-melting chops and camera-worthy looks but wanted to turn her “twangy” country style into a pop/soul hybrid.

Rissi listened to and followed her heart, unwilling to go astray of her passion.

Man, am I thrilled she did. So too will those Country music lovers–music lovers period!–across the globe who haven’t yet heard Ms. Palmer’s mesmerizing vocals and heart-written lyrics.

“I love R&B and urban music, but it wasn’t what I wanted to do,” says the Sewickley, Pennsylvania, native. “I knew I wouldn’t be happy doing that.” She would go on to sing jingles for “Barbie” commercials, perform on the “Dance Fever” TV show and compete on “Star Search,” toiling in relative obscurity for seven years in pursuit of a Nashville recording contract–honing her craft all the while.

Then, in 2006, fate had its say. Starbucks Entertainment distributed a four-song EP featuring Ms. Palmer that put her among the top five best-selling country artists on iTunes. Rissi’s debut album, “Rissi Palmer,” released in 2007 and on which she co-wrote nine of the 12 tracks, produced two chart singles in “Country Girl” and “Hold On to Me,” peaking at numbers 54 and 59, respectively, on the U.S. “Billboard” Hot Country Songs chart.

Two-thousand-eight saw her release a new single, a cover of Jordin Sparks’ and Chris Brown’s “No Air,” that debuted at number 58, eventually reaching number 47 and becoming her first Top 50 single on the Hot Country Songs chart. It was included on a reissue of her debut self-titled album later that year.

“Best Day Ever,” a “sophisticated” children’s album released in early 2013, met positive reviews with such nostalgia-inducing tracks as “Not Afraid of the Dark,” “You Could Be Dancing,” and “Be Me.” Describes Rissi: “The album’s a bridge between songs that are suitable and interesting to kids and entertaining to adults. It’s filled with songs from the perspective of a child–the simple yet profound things that make life the ‘best day ever’ for children in so many ways.” “Best Day Ever” is available now on iTunes, Amazon, CD Baby and all major digital music outlets.

Rissi’s currently writing and recording material for a new album with a sound that she describes as a “mixture of the country and soul music I grew up listening to.” “The Back Porch Sessions Vol. 1,” a five-song EP slated for summer release, is a project the inner workings of which Rissi is sharing with anyone who believes in her art and shares her passion: A Kickstarter crowdfunding campaign is underway with just nine days left to reach her goal of raising $16,000 to finance the album.

Just under 50% pledged as of this writing, April 27 is the target date for any and all music lovers and Rissi supporters to have pledged (invest) in the cause of truly inspirational, timeless music by one of Country’s most gifted artists.

“The Kickstarter campaign was something I thought about for a long time,” explains Ms. Palmer. “After seeing so many artists make albums this way, I decided it was the best way to take my career into my own hands. I think for the independent artist who is not wealthy, it’s the way to go. Everyone who supports you gets to take some ownership in your project and you have the financial freedom and retain creative control. It’s a win-win.” The project can be found at:https://www.kickstarter.com/projects/rissipalmer/executive-produce-my-new-album-the-back-porch-sess.

Asked who were some of her influences growing up, Rissi reeled off such industry luminaries as Patsy Cline, Phoebe Snow, Joni Mitchell, James Taylor, Wynona Judd, Patty Griffin and early Motown legends, William “Smokey” Robinson among them. “I feel like my sound is a mixture of all of those influences,” she reflects.

And as with any artist driven by their passion, creative or otherwise, I was curious what Ms. Palmer wants most from her career. “I simply want to be able to make music for the rest of my life. I want to grow as an artist/singer/writer, tour the world and put out songs for as long as possible,” she shares. “I don’t have to be a millionaire, but it’d be nice to make a little money to play with [smile].”

That’s a likely arrangement considering that velvety honest voice and the beautiful heart from which it springs. Country music has a gifted caretaker and worthy standard-bearer. And this Pamper-Her-Friday has a special Pamperee whom I’m privileged to honor: Ms. Rissi Palmer.