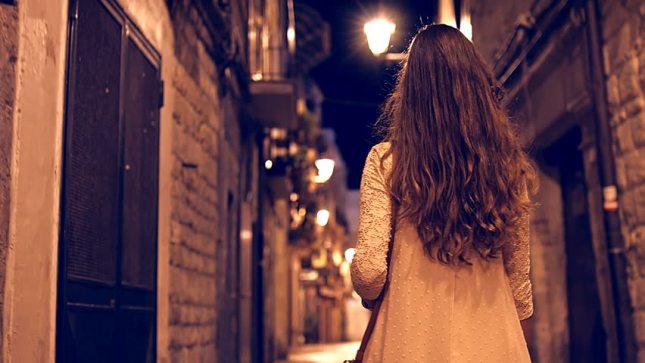 Forgive me the delay in the arrival of this love letter. As you delve into the soul of this write, perhaps you won’t hold its tardiness against me.

I attended a mayoral debate Friday evening for a city sorely in need of dynamic, people-first, innovative leadership. It wasn’t a particularly spirited debate, likely because of the strict one- to two-minute response times and, noticeably, neither candidate imparted a dynamism that revs a voting public.

The incumbent can tout visibly new development, such as homes and service-based businesses. The knock apparently is he hasn’t galvanized the cross-section of residents with genuine inclusiveness. The challenger, more than a decade younger, appeared to win the room, based on the volume of handclaps punctuating his responses and his vow to “bring people together.”

Though I surmise his intentions are true, and the message is attractive for the times, I sensed a hollowness lurking deeper, a substance rather lacking. He may have his finger on the city’s zeitgeist nonetheless.

Truth is, the city is reflective of the country as a whole—a microcosm of what is unarguably a broken-hearted nation at war with itself. With open wounds on all sides, no one’s satisfied, let alone happy. No wonder Elon Musk is trying to colonize Mars. He knows Earth has seen her best days.

But that’s another subject.

On my way home I approached one of many intersections en route. Idled at the red light, the sole occupant in my vehicle, I noticed a silhouette approach my right corner, readying for the crosswalk. A young, visibly attractive woman . . . garbed in upper thigh-high shorts and heels. It had to be in the low 60s that evening. The street lamp near the intersection apparently was inoperable because I couldn’t countenance her face precisely, though the outline was soft, unweathered even, her hair flowing featherly.

The red light lingered long enough for her to eye-communicate to this driver. Teasing, playful—yet sinister. I’ve never engaged that strain of communication. And never will.

I think women are angels, God’s gift to a violent, unforgiving planet in need of them. Pamper-Her-Friday is my evidence. I’m sure there’s a naivete to my view. But I have a wondrously beautiful mother, two sisters of her angelic ilk, and a precious niece. With no offspring, I sometimes ponder what a daughter(s) would look and be like of my genes. Gosh, what a thought.

The light flashed green and I fed the gas pedal, but not before glancing a final time at the courtesan at the boulevard’s corner.

‘Whose daughter is she?’ my mind talked.

‘Did a family member fail her? An educator? A revealingly cruel boyfriend? Who doused the fire of her self-value?’

Crazy as it sounds, I wanted to ask her if she has or ever had a dream that circumstance heartlessly deferred. I wanted to tell her the jeweled crown she was born with was only temporarily lost, that the dark, dank, musty, lonely streets are so far removed from her rightful place in a purposeful existence. God, I wanted to save her.

The world? Religion? Huh, my own faith is fragile. I’m hanging on to morality with everything I’ve got. I refuse to let go. It’s all I have.

And that won’t save her. Let’s face it, we’re beholden to capitalism, unmerciful capitalism. HP just announced a new round of thousands of job cuts. Wells Fargo, the last untainted bank, just fessed up to opening thousands of phantom accounts to pad its balance sheet and appease relentlessly hungry shareholders.

Automation and robotics are the new workers in an ever-shrinking economy. The planet’s steady cry of “Save me, please” still falls on too many deaf ears. Even Warren Buffet recently admitted that there will come a time when money “loses its utility”; imagine the Oracle of Omaha, who bleeds currency, saying that.

And Elon Musk is intent on colonizing Mars.

What could I say to her?

I drove past the intersection, crossing several more at a lawful speed, with Sting and Stevie channeling their compassion through my vehicle’s speakers, silently hoping as I approached the next intersection and its dimly lit, if at all, crosswalk that I wouldn’t see another haunting silhouette in the cold, descending-fog night.

I entered my still-warm place and locked the door. I filled the kettle with spring water and turned on a blue oval flame beneath it for a slow, soothing piping-hot green tea.

I could easily have written that evening. Actually I mentally wrote with each sip of the bone-warming tea.

And then I said a silent prayer for the fallen angel.

May God help us all,
Rg2